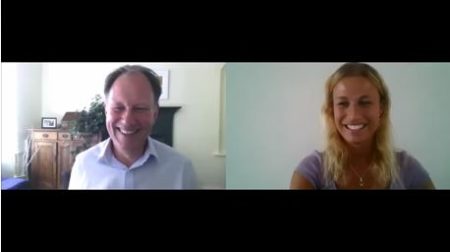 Interview with Nicolas Haines about procrastination

I am very honored to speak to Nicolas Haines again, who has so much knowledge about the subject. So eyes and ears open for all the procrastinators reading/ watching this!

1. What is procrastination to you and how can it affect our lives?

Procrastination is basically not getting things done that you should do or waiting till last minute to get things done.

2. The 2 main types of procrastinators

Those groups of people can become confused and think that they are all the same. For example, if a person that is feeling down at that moment is talking to someone that is actually depressed and says: “O yes, I am feeling really depressed too, but then I am going for a walk and I sit down and think of all the things that I am grateful for.”

But when someone is really depressed, their ability to go for a walk or to be grateful for the things they already have, it doesn’t exist. The group number 1 just needs a little more discipline, but the group 2 can be really stuck in the pattern.

The most interesting work for me is on the extreme end of the spectrum of procrastinators.

3. Could you tell me a bit more about The Vital Program ?

We have something called This Vital Life, which is a monthly membership and we pick a topic  and we have a journey together, we explore it and we call it “The Quest.”

The reason why we picked procrastination as a subject, because it reached epidemic proportions. It is out there at such a deep level. It has almost become a joke and it almost became normal.

If I wasn’t a procrastinator my work would have been released much sooner, but it would not contain the quality that it has today.  I have spend probably 8 or 9 years to look at this program, to check what is really going on in these groups.

There are 3 groups in terms of looking procrastinators within group 2:

1. The destroyers: people who have been destroyed by their procrastination by their internal self.

It prevents them to reach their dreams. People who lose their houses and their marriages. Their self-esteem is decreasing because they have not found or fulfilled their soul purpose, because of procrastination.

2. The frauds: they are pretending they are doing all the things that they are saying, but deep down know that they do not really get things done. Not at the speed that it could have been done. They are talking the talk and they feel like they are a fake and their self-esteem is starting to drop.

3. The busy people: People that do not know that they are procrastination. These are the people that you are emailing but they are always too busy to do it. However, they do not not execute the things that should be done.

Often they get into some sort of drama and they are not stepping into their greatness. They can become a fraud and lose their self-esteem or run between both.

4. Is this program related to The Vitality Test?

This test can be found on the Five institute and it is something we talked about in the previous interview I had with Nicolas about the Five Chinese Energetics in relation to your reaction to situations and capabilities at work.

Just to have a small recap, the five Chinese energetics consist of: “Water, earth, metal, wood and fire. Each person has one or 2 of these energies that are more present within their personalities. According to these energies, you can relate yourself to how you react to certain situations in life. 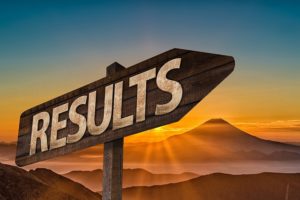 As a procrastinator there could be a 1001 reasons to not do something. It is almost like you have 5 needles in your shoe and you take one out, but still there are 4 left and you won’t be able to walk yet with it.

You have to try to hit every single reasons why you are not reaching where you want to go. Some reasons are very much hidden and did not come to the surface yet, therefore it is a real challenge.

However, some of the biggest procrastinators are one of the most gifted people and are highly creative, sensitive and imaginative. In a way that is why they are procrastinating, because they are more sensitive.

The problem could be equal to others, but they feel it much more and therefore the anxiety could increase. It could also be that when you are a perfectionist, you never get it finished because it is never good enough.

You have to lower their sensitivity by meeting them at their understanding. From there on you can work further.

5. Do you think that some procrastinators have a certain past?

It could be from a number of directions that come from the past. You have a belief system or a past that makes you sensitive to criticism for example. Rather than dealing with what you are feeling, you just avoid it and move on.

With The Vitality Program we train people to sit with their uncomfortable emotions. They might not be as liked as they would like to be. And this can be many things. This is one of the things that you do with The Mindful Magazine, to deal with these kind of emotions.

Some people are not only carried by their past but also are scared of their future. They might postpone things, because they are afraid of the effects that it might have.

Usually the things that are most important to them, they procrastinate the most. Because it is something so huge for you, you find many reasons why not to do it. As smaller things do not matter as much.

6. The 5 Chinese Energetics and the possibilities of procrastination

We use the Chinese energetics as clues, what might be causing these problems. A water energy type might be afraid that they are not safe in the future. Do I have enough resources to get where I want to be?

Wood energy type could be trapped in their brilliance, and they can’t move on from this great idea and stay in the fantasy of it. Earth energy signs could become confused about how everything needs to be worked out. And they usually do not ask for help and that could be a reason to procrastinate.

Metal energy types could be the perfectionists, what happens if I have this and loose something else. Like the people around me.
The fire energy types are afraid they do not know enough or people do not like them. All of these might be reasons for a certain energy to procrastinate.

We analyse and trying to capture the reasons and the program is very personalized. It is very well thought out.

7. Why we are helping people with problems of procrastination?

Procrastination is actually really painful and it is not a joke and we take it seriously. We are good at tackling it and we do it in a really fun way, so the process is made a little easier!

These procrastinators have a great gift and image if we can have 10% of these people in the world we can change a lot. Because they can as a result act on their talents, which has an effect on the world. If you are a procrastinator we need you. We can help you and in return you help the planet with your gifts.

It is only 23 dollars per month this program and people think that I am mad. However, charging a lot of money will not make them sign up. A real procrastinator can even back out of the most expensive program, so we want to keep it easy and it is designed to help a lot of people.

The issue is not the money, it is their emotional state. It is also a program that is approachable for everyone. We want people to do what they are supposed to be doing.

Nowadays, we live in a difficult world in where procrastination is easier. Due to Social Media and we have such a busy life that we have to learn how to focus on the things that matter.

8. Do you have 3 tips for the viewers on how to prevent procrastination?

1. You have to get enough rest and sleep

2. You have got to practice sitting with your emotions, this could be done by mindfulness or meditations, or however you want to face them.

3. If you have seen a film and if you see the director, he says 3,2,1 action. This is what you can do in your own life and that prevents your brain to think of all the reasons why you should not start working on it.

Start being kind to yourself and do not beat yourself up over something that you think might be wrong. It will make your life so much easier.

If you are interested in signing up for the program you can do it here.

2 thoughts on “How procrastination affects your life”

Are you lost in life? Are you confused what you are supposed to do here on earth?

We use cookies to ensure that we give you the best experience on our website. If you continue to use this site we will assume that you are happy with it.Ok